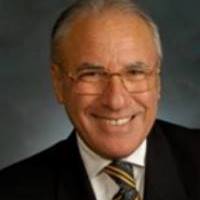 The only thing that stands in the way of our prosperity is the limitation we put on ourselves.

Phil and his team have five clear goals for their clients:
‍
- Provide the pathway for a debt free home
- Provide a tailored and structured plan to make that happen
- Provide crystal clear goals, with no obscure financial talk
- Provide a passive income plan for when the work income ceases
- Ensure it’s a stress free and confident step in this new direction.

Phil Marco, Senior Partner and founder of Philco Partners, is no stranger to challenges.
‍
Phil wasn't born into the property market and only started investing in bricks and mortar in 1974. After leaving school at age 15, Phil departed England's shores in search of a sunnier life. He sailed into Sydney Harbour on a blue-sky day in 1960 with just £10 in his pocket and a burning ambition to make a difference.

The first half of his working life was actually spent in the fashion and cosmetic industry.

In the late 60’s Phil joined a U.S. cosmetics company heading its Singapore and Japanese businesses. After five years spent in the east looking after the corporation's interests he was elevated to vice-president of the giant U.S. company and became a member of the board.

Over 35 years ago Phil developed his passion for property, and it has never waned. His enthusiasm, willingness to learn and the ability to take action, have since helped him build wealth and security for many individuals, couples and families – and provide a light at the end of their financial tunnel.

His company has helped facilitate over 2,000 property investments for everyday Australians. Collectively they could fill a postcode!
‍
The Philco story

Philco Partners was established in 1995 to offer everyday Australians a chance to fulfil their wealth ambitions with the simple idea that they should not have their backs to the wall financially in their later years.

Phil spent many years delivering his message to radio audiences, as well as personally delivering his investment philosophy to thousands of people around Australia. His BBC-like voice helped him become a household identity in Melbourne.

His radio by-line - 'Hello, this is Phil from Philco' featured on three Melbourne radio stations for over seven years.

Phil's message to his audience has always been constant and clear:

"The only thing that stands in the way of our prosperity is the limitations we place on ourselves. We need to not just think outside the square but to ACT"

Over 26 years of experience
Philco Partners, in conjunction with its professional affiliates, is a boutique business that for the past 26 years has assisted thousands of clients Australia-wide achieve responsible wealth creation options.
We have over 25 years experience.
Get in touch with us to discuss your situation.
Get in touch